The Challenge of Explaining What Coherence Does

“What do you do?” That is always a hard question to answer when you work for Coherence. The best “elevator” pitch I have come up with to date goes something like this:

“Do you use Outlook in your company? When you use Outlook you are really sending and receiving mail through a backend system called Exchange. And when you press Control-Alt-Delete to log in you are not logging into your PC, you are actually authenticating to Active Directory on the back end. What we do is when someone buys a new company, sells one off, or even just needs to upgrade, we show people how to take their Exchange and/or Active Directory systems and combine them, split them, or just move them somewhere new. Microsoft doesn’t have a good path for doing that, so we show people how it is done.”

So it isn’t exactly an elevator pitch as it still takes too long, but it is the best I have been able to do. However, if the person you are talking to isn’t really technical at all then even this doesn’t work. For instance, when I gave this explanation to my father, he said, “What does that mean?” That stumped me for a while, but one day the opportunity came along to actually explain it to my father in a way he understands. It is a bit of a long story, so bear with me!

I am the third of three siblings, with one older brother. One Christmas not too long ago the entire family had gathered in Charleston, SC at my parents for Christmas Celebration.

This year my father had decided to give to my mother a green house. The problem was that it wasn’t a greenhouse – it was a list of parts you got, a list of parts you had to go buy, and a set of instructions on how to assemble them all. And my father wanted help putting it together, today, Christmas day, since we were all leaving tomorrow. Of course there was a Nor’easter blowing outside (think mini-hurricane but in December), so it wasn’t just any ordinary day. So there we all were, in the blowing wind and rain, trying to assemble a bunch of parts into a greenhouse. This was beginning to feel familiar to me… sort of like doing a migration. 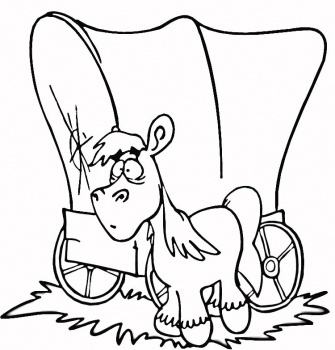 In the “parts you got” were six hollow metal poles with three fasteners, all with pre-drilled holes in them in a couple of different places (single inventory, multi-purpose). The idea was that the six poles would become three longer poles fasted together, with the end result being a roof for the green house that looks like a covered wagon from the early days of expansion into the US West.

The first set of poles went in without a hitch. On the second set, as we arched the poles, one of them bent right at the pre-drilled holes just a few inches from the fastener. We were able to complete that arch by using one of the other poles, but now we had one bent pole and one good one. This was Christmas day, so there was no going to the store to get a new one, and we were all scheduled to leave first light the next day.

This was a made to order problem for a migration technician. Unfortunately, if you know anything about being the youngest son, and an ender to boot, then you know that you get listened to last. Never being one to shy away from a challenge though, I gave my suggestion in a single phrase: U571. If you don’t know, this is a great submarine movie that takes place in WWII. It is also one of my father’s favorite movies. I figured tying the two concepts together (my fix and favorite movie) would get me noticed sooner rather than later. Nope.

Now if the fix idea hasn’t come to you yet, then let me explain. This scene takes place in all good sub movies at some point. The sub is hit, a pipe starts to spew copious amounts of water into the sub, and they place a large clamp over the break to make the pipe whole again. My idea was to find some PVC pipe slightly larger than the poles diameter and use it as a sleeve – in short, just like on the sub, reinforce the broken pipe with a slightly bigger and stronger one. But, as I said, no one listened. They went about their own set of solutions and I went scrounging for that elusive missing part that they should have included but obviously didn’t – a sleeve to cover the sharp bend in the pole created when trying to arch it into place.

Eventually I found some PVC that fit just right, a can of WD 40 (to help it slide over the pole), and a hack saw to cut my PVC into a sleeve that was just long enough for the support I needed but not so long as to interrupt the forming of the arch. I circled back to find my father and brother looking at the same bent pole, no further along than they were when I left them to go scrounging. This was my chance. Clearly they were out of ideas, so now they would listen. So I showed them my new parts and again said “U571”. This time they heard, and we set to work making the new sleeve for the ruptured pipe (er, I mean, bent pole).

With the project complete, on time, and a success, we all gathered inside to dry off and warm up. It was then that I explained to my father: “You ask me all the time what I do for a living, and I have a hard time explaining it. Well, what we just did is exactly what I do for a living. I take a bunch of parts that really aren’t meant to work together, cobble some more parts on top of that, dash out into a raging storm with an impossible deadline, find some unsolvable error that must be solved or the whole project is a disaster, find that solution during a time when there is no help except you, your team and what you have at hand, and then I find a way to make it all work together.”

That is often what doing a migration is all about. Coming up with solutions to problems that shouldn’t exist, and still finding a way to make it all work just right. This is what Coherence does. This is why we are very selective in who we hire – because we are not looking for just anyone who can read a doc and follow the steps. We need people who can brave the storm and find the solution at a time when all you have is your wits and ingenuity.

I do love what we do in Coherence! I love my job!