Windows Server 2012 is out and we at Coherence had the opportunity to do some testing with it. Our test was specifically to do some work with Hyper-V (more about that later), though along the way there was time to get used to Server 2012, how it works, and what it is like.

Before we could start the install we had to upgrade the BIOS of our “server”.  In this case our server is an ASUS RS100-E7/P12 server.  This was a trial server that I picked up on advice from another small business owner I know in town with the original intent of turning it into an ESXi 5.0 server.  Though I never put much effort into making it work as an ESXi 5.0 server (had issues with the raid array not being recognized correctly) it did seem like a good place to test out the Hyper-V functions of Windows Server 2012, and we had heard through the grapevine that a BIOS patch was necessary to get Windows 2012 installed (likely my VMWare issues would have been solved with a BIOS update as well… but I digress).  So one BIOS update, and now Windows 2012 installs and properly recognizes the hardware RAID.

The installation took a fairly long time – around two hours to complete.  Most of this time was spent on the “Getting Files Ready” screen.  However even once past that step it still took a bit of time to get through all the reboots and “Preparing your Devices” sections to get the OS installed.  Some friends of mine have had better experiences than I, but in my case, it was a good two hours from start to finish.

The first and most striking difference is, of course, just as in Windows 8, the Interface.  Windows Server 2012 does use the Metro Tiles interface as the new “start page”, which means there is no Start button on the desktop.  This is a bit frustrating as it adds an additional step to the general navigation.  Though you can use Windows Key combinations when working on the console, most of my work tends to be in Remote Desktop sessions, and those are not in Full Screen mode. 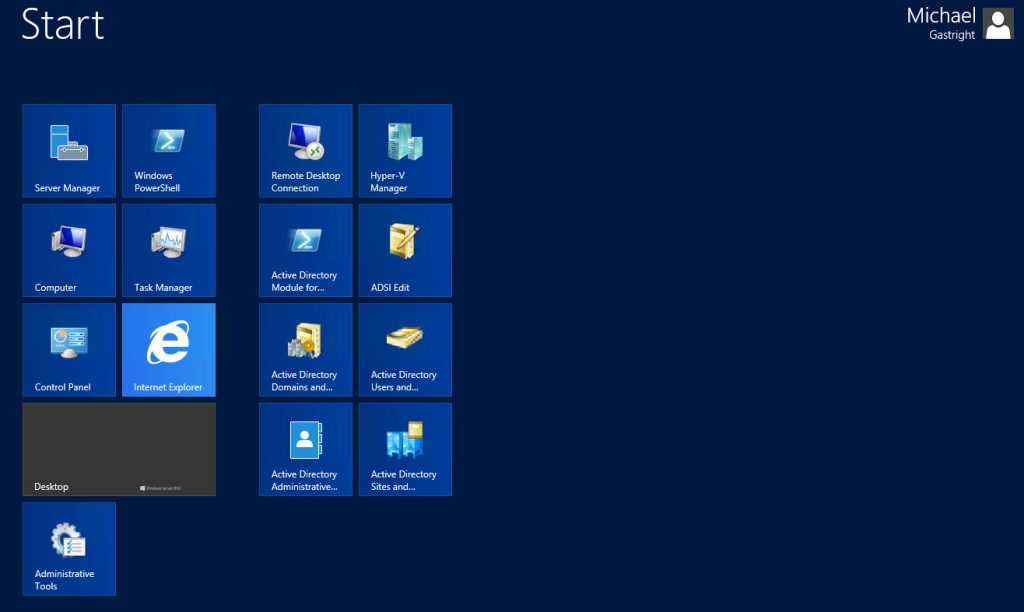 After you get past the UI changes you will notice that Server Manager is actually about Manager Servers (note the plural).  It is a very different look and feel, though it does show promise that things are heading in the right direction.  For instance, when you start the install of Windows 2012 you have the option of installing without the GUI.  At the time this seemed like a terrible idea.  Now, once I understand Server Manager in the new version, I can see how this will work out – as long as you have a mangement point on a single Windows 2012 server, administering the others remotely without using Remote Desktop makes sense – and in some cases saving the extra RAM from the UI install could be beneficial. 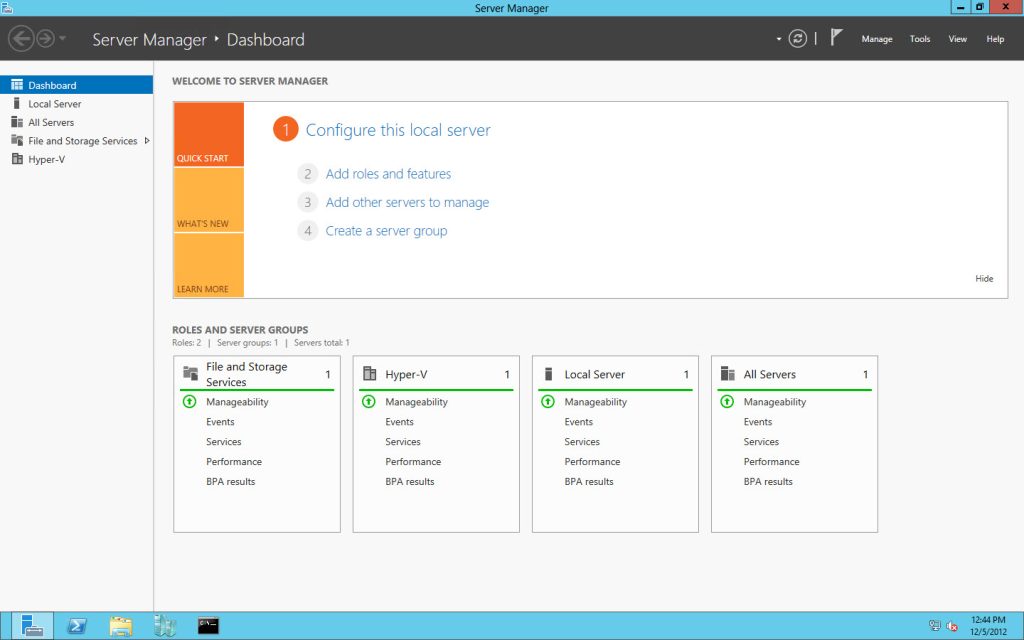 Microsoft has put work into integrating Windows 2012 even more so with Power Shell.  As an old Unix command line junkie in my early days I find it amusing that we are seeing Windows move back to a Shell and Shell Scripting for management and control – amusing and beneficial.  For all those IT folks who thought they could be competitive without having to know any scripting, you may want to reconsider, as computer history is (once again) repeating itself – automation through scripting is how you transition from Server to Enterprise.

At the end of the initial testing I am pleased with what Microsoft has done with Windows Server 2012.  The only serious lament I heard from my fellow testers as we went through the install and setup was that they should have waited on those last few server purchases – after seeing Windows Server 2012 in action they were a bit dismayed that they had put in Windows 2008 R2 for those customers.